This article is part of our Royal School of Needlework feature, you can read the full article here.

In 2012, Corliss Englert’s youngest son graduated from high school, but was not going on a graduation trip. She decided that instead, it was the perfect opportunity for her to take a trip. She had studied the work of Kay Stanis, Michele Roberts, and Tanja Berlin and heard them describe their experiences with the RSN programs and had wanted to enroll in a course of study.

For each course, students are to bring in ideas, and RSN tutors help them turn one into an actual design and then execute it. Mounting is also a critical part of the program, and each piece must be appropriately mounted.
Englert, an EGA member from our Austin Stitchery Guild chapter, enrolled in the RSN Certificate Programme and went to Rugby, England, to take the first of the four courses, Jacobean Crewelwork. She followed the experience in Rugby with two courses in San Francisco and the final course at Hampton Court Palace.

“Every experience is unique, and every location is unique,” she commented. In Rugby, for example, the hotel roof leaked. Appreciating the problem, another student invited Englert to stay with her. Only in such an intensive program could such camaraderie exist. Bonds were created.

Englert had excellent experience in class as well. Upon showing her crewel design of a tree of life, Tutor Sarah Homfray commented that she did not see anything to change. They began two weeks of work together by selecting colors, then choosing a wide variety of stitches.

In San Francisco, most students were from the United States. “We Americans are very competitive. The tension in the room on finishing days was incredible. At times, it almost felt like I was taking my law school exams because I was working so hard to finish,” she recalled. Some students thought they knew better than the tutors. “You learn to go their way,” Englert commented, referring to the tutors. “That’s why you go: You want to learn the Royal School way. It’s all about the learning.”
One of the traditional tenets of the RSN is not to rip out mistakes or disliked portions. Instead, tutors urge students to learn from these mistakes by working with the problem and solving it instead of ripping out and redoing.

For example, in the Silk Shading course, students are to work a design with one strand of embroidery floss. Englert designed and worked an iris from a photo she had taken of her garden. She did not want to submit the iris she had worked in class for grading. Instead, she wanted to restitch the design at home and submit that iris. Patricia Goaley encouraged her to send in what she had stitched. “You learned something,” she told Englert. Englert took her advice and submitted the piece completed in class, and it passed.

For the final course in goldwork, Englert decided to go to Hampton Court Palace. The experience there was quite different. The class was filled with women from all over the world and included a woman from Japan, a Finn who lived in Brazil, an Estonian, and a Dutch woman. “They were an amazing group of women. I left feeling this warmth.”
“It is a wonderful program, experience, and opportunity to learn. My pieces are a record of a journey, a record of learning,” Englert said of the program. She advises potential students to “listen to the tutors because they have your best interests at heart.”

Over the course of four two-week classes, students learn how to execute and, in observing the tutors, teach the techniques. “Everyone there is working towards a goal,” she said. “It gives you the feeling that you have to produce within a deadline.” But more than that, she asserts that students will learn to see. “All art begins with seeing,” Englert said. “So it’s important to observe before you translate an idea into a project.”

Englert plans to build on her experience by designing and teaching. Look for her work in the future. 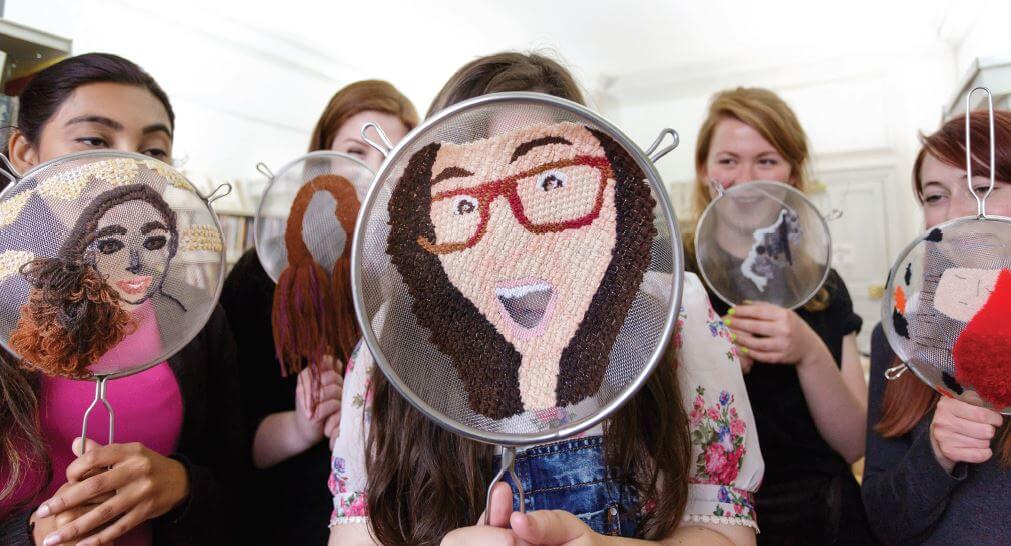 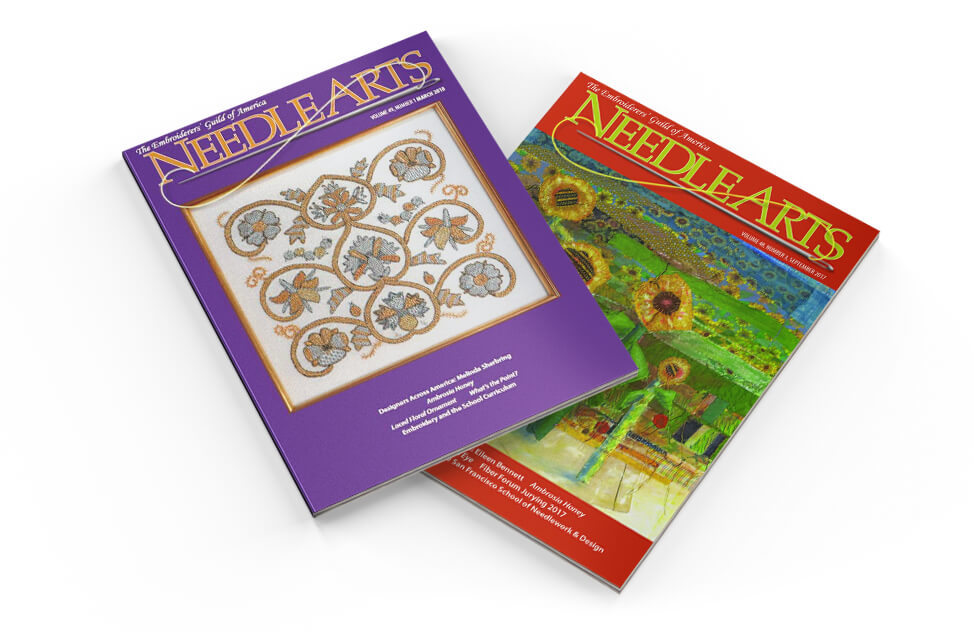 Needle Arts is the official magazine of the Embroiderers’
Guild of America. Needle Arts is published four times a year
for EGA members and contains designer profiles, projects,
articles, and a calendar of events.