Written by
EGA
Posted in
News

There was a good variety of techniques represented, from counted cross-stitch to crewel, to ribbon embroidery, to needlepoint, to mixed media There were pieces that stitchers worked on their own, there were chapter projects, Petite Projects, and GCCs. Several original designs attested to the creativity and skill of our Arizona needleworkers. Four local needlework shops in the Phoenix area donated gift certificates to the winners of the People’ Choice vote, which was won by Kim Garza (Starlight Stitchers), Eileen Mitchell (Desert Threaders), Diane Robinson (Roadrunners ANG), and Barbara Swalley (Desert Threaders EGA/Roadrunners ANG).

Over 200 visitors walked through the exhibit during the eight days of the show; many took the time to praise the show in our guest book.  On the last Saturday of the exhibit, Starlight Stitchers member Jill Borge taught a woman and her granddaughter to do cross stitch. We handed out over 100 brochures advertising EGA and Starlight Stitchers. Did you miss the show? No problem, you can see it virtually here. – Helene Ossipov, Starlight Stitchers President 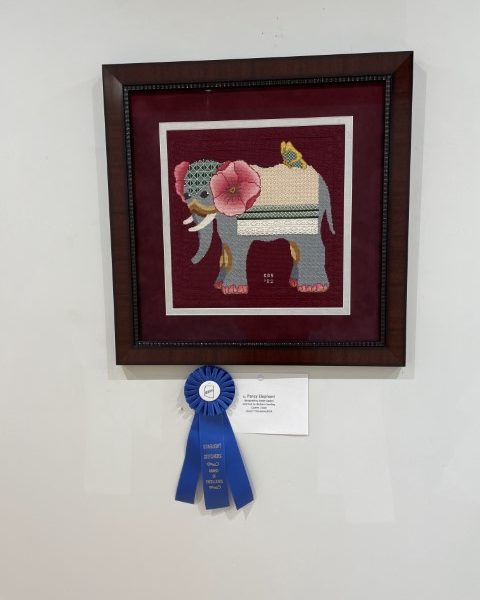 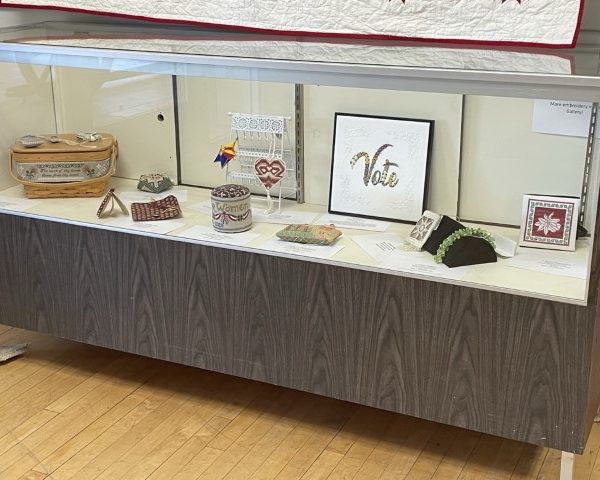 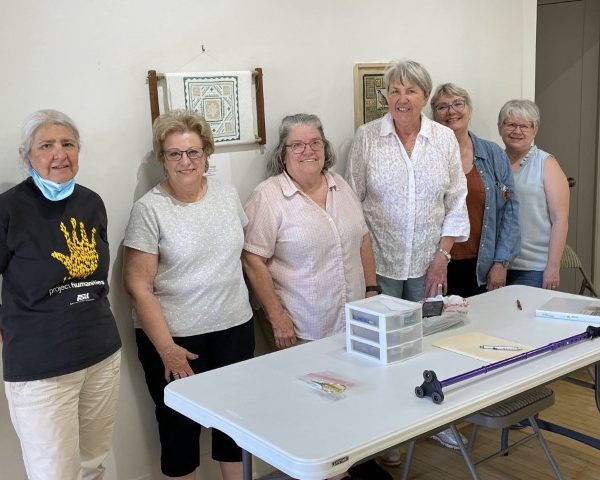 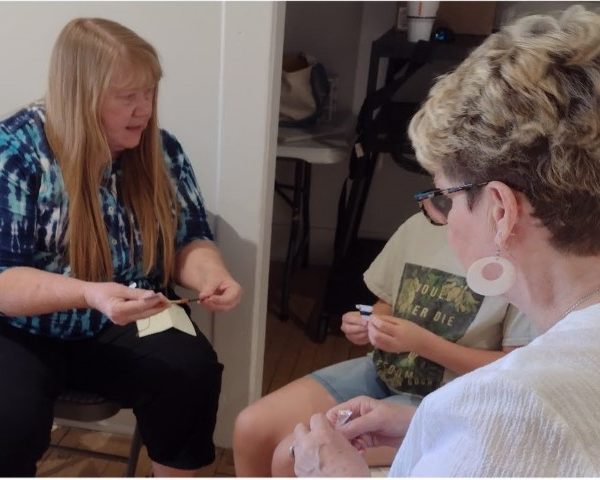 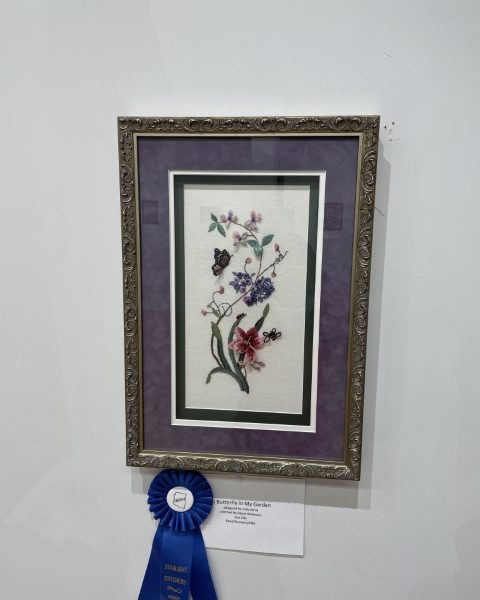 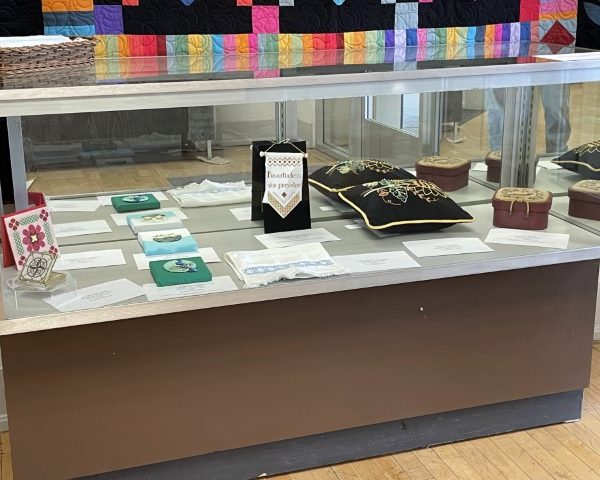 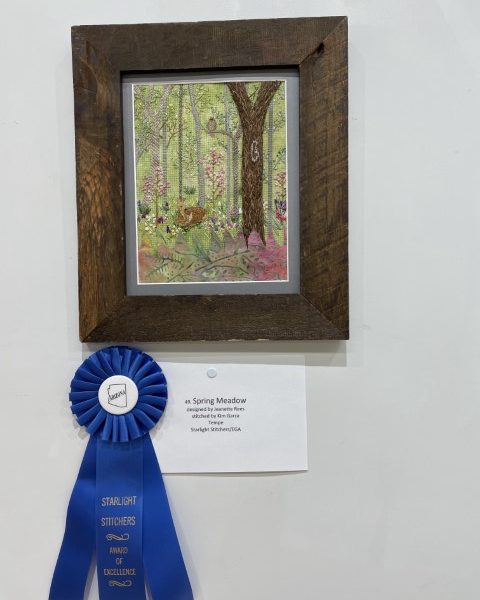 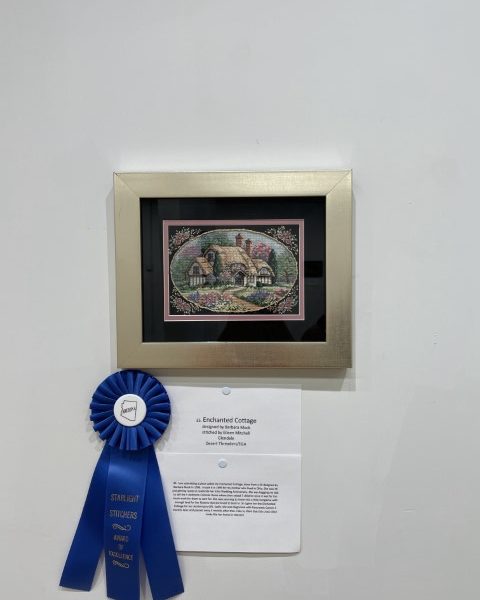