Open registration for National Seminar 2023: Boston Stitch Party begins on March 11. Are you ready? Learn the details at the link in bio. You'll gain access to fabulous classes like Kurdy Bigg's Celestial Star (shown above). https://egausa.org/event/boston-stitch-party-ega-national-seminar-2023/
Don't forget to set a reminder that registration for our next online class, Haystacks of Giverny, opens next Wednesday, February 1! Katherine Diuguid is bringing the timeless beauty of Monet's work into the future, using digitally printed images that will be layered and stitched to create composite works that will be unique to each student. Don't miss this incredible class! Register for a reminder at the link in bio. https://egausa.org/courses/haystacks-of-giverny/
Looking for the perfect winter embroidery project? The new Designers Across America Lewesdon Snowflake might be just what you need. Featuring a Dorset button set against a pretty cross stitched snowflake, this pretty design is only available until February 28. If you love it, grab it now at the link in bio!
Have you considered taking one of our Individual Correspondence Courses? It's a really fantastic way to expand or refine your needlework skills or learn something totally new. Delia Love of Williston, FL, member of Suwannee Stitchers Chapter in the Sun Region, recently finished Rainbows Bend: A Course on Color Theory with Carole Rinard. The pieces above are the exercises and projects that resulted from her studies. Learn more about her experience and how you can take one of our ICCs at the link in our bio.
Love this beautiful needlebook shared by #EGAStitcher @frenchie119. Swipe for all the views! #EGAStitchers
Did you just pick up a love of embroidery in the new year? Welcome to the fold! EGA has lots of resources to help you on your needlework journey. Our handy Glossary of Embroidery Terms is a great place to start—download it at the link in bio!

Despite the “stay at home” orders and cancellations of face-to-face meetings, the Carolinas Region members have found ways to cope. We have held virtual stitch-ins, communicated through Facebook and texts, shared photos of our work, and found many other ways to support each other and to find comfort in our stitching.

FLORENCE (Florence, SC)
The Florence chapter could be said to have named 2019 The Year of the Biscornu. Pictured are some of the projects completed by members, from the petite project found in our chapter notebooks to kitted projects to originals. 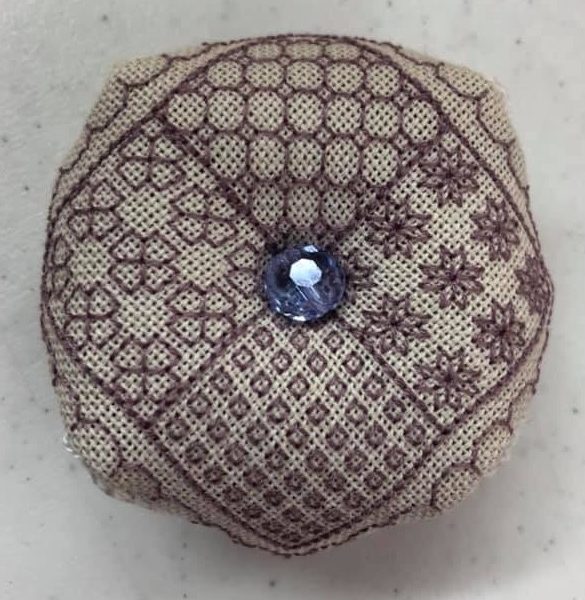 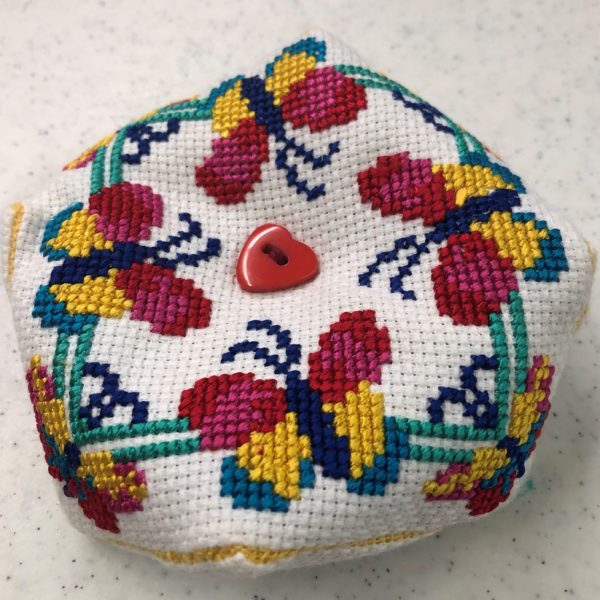 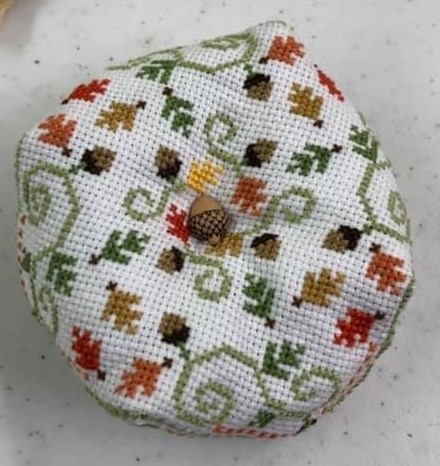 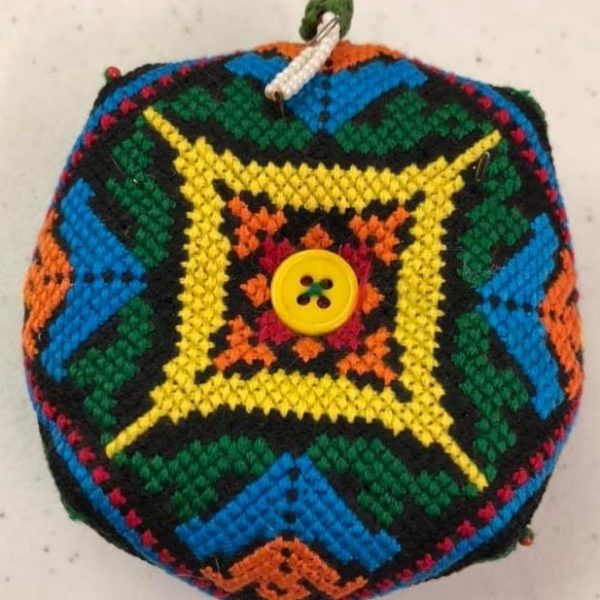 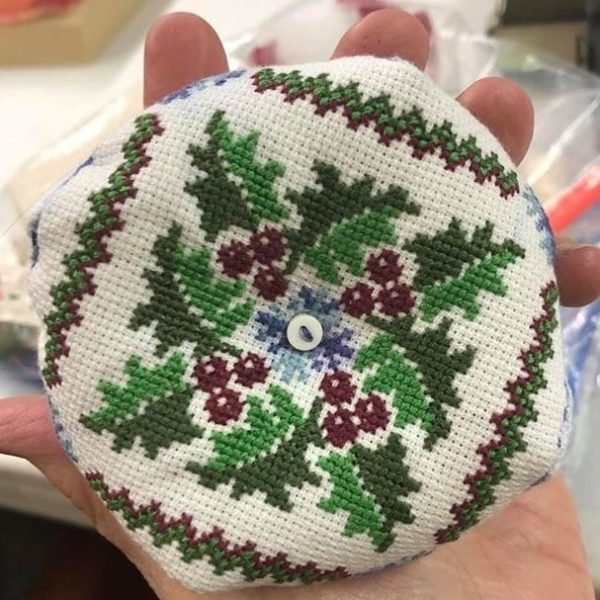 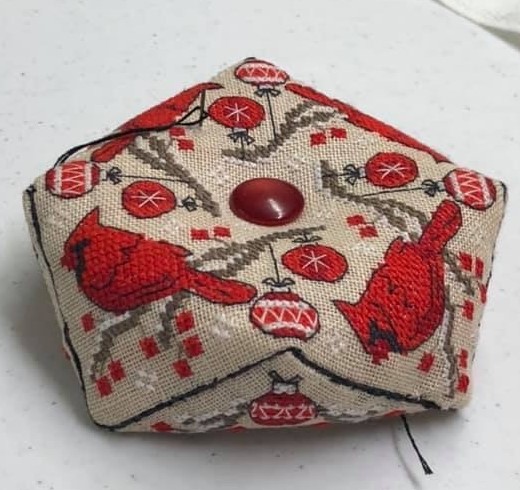 For National Stitch In Public Day, the chapter stitched at the Barnes & Noble in Florence; this event gained us a new member. 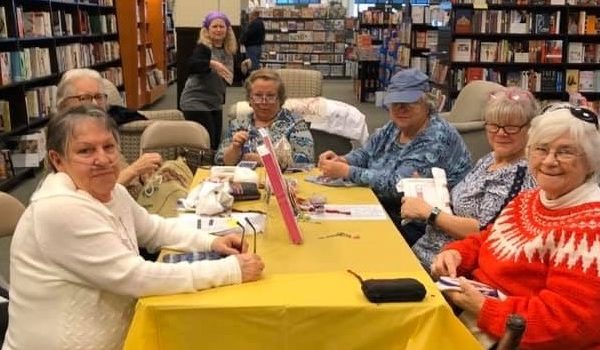 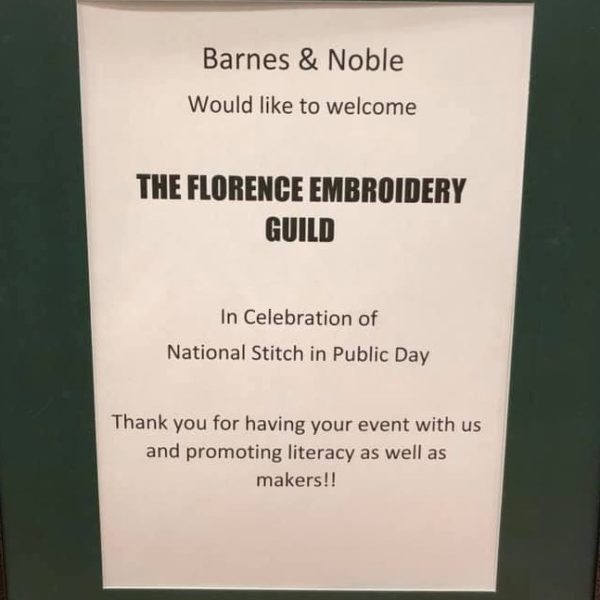 CHICORA STITCHERS (Myrtle Beach, SC)
Chicora Stitchers met at the beginning of March, but April and May meetings have been cancelled, and who knows beyond that? In March we were working on the Lacy Scissors Case, an EGA Petite Project(Member login required). Here are photos of 3 completed examples. 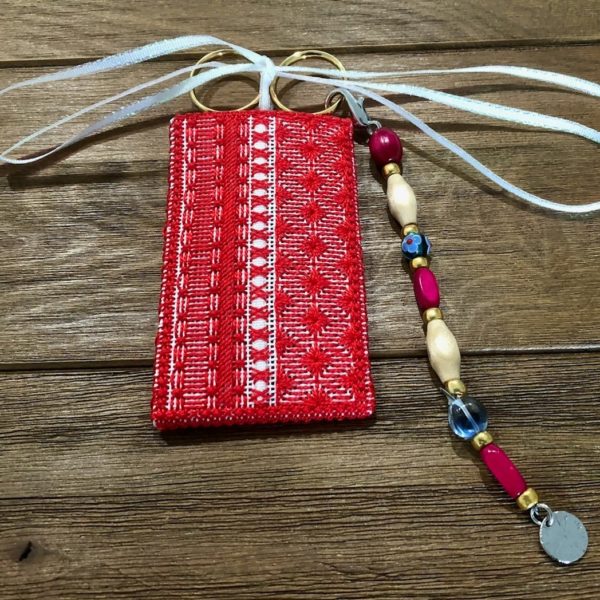 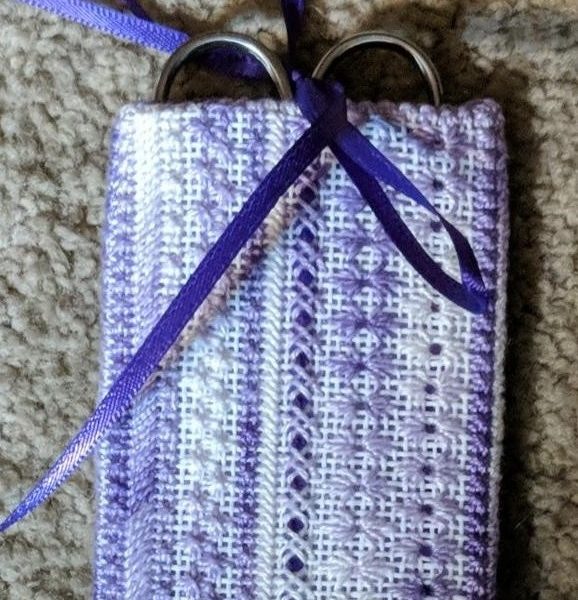 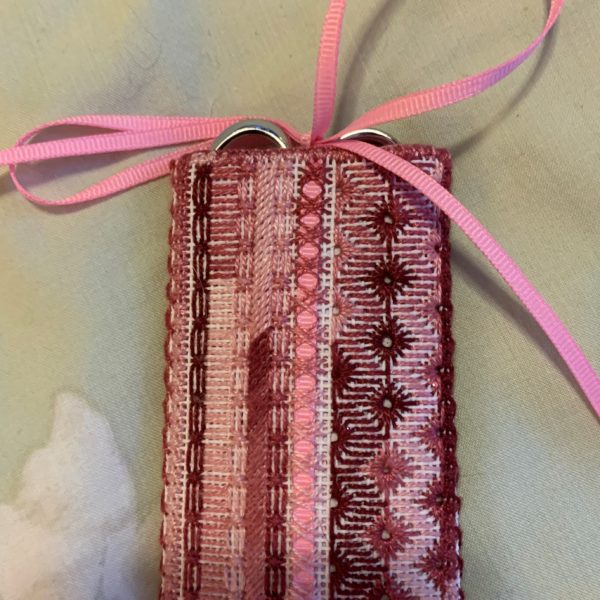 President Anne Peacock is offering prizes from the “Chapter Stash” for projects completed in March, April and May. I, for one, don’t need much encouragement to sit and stitch a lot more! Our board meeting was held by conference call and Tuesday evening stitch-ins are now held using Zoom.

TRYON (New Bern, NC)
The Tryon Chapter is trying something new by having members volunteer to teach a class.

Kristine Cooke was our March volunteer. Attached is a picture of a squirrel that she designed and stitched in response to many asking her techniques for stitching furry animals. In her own words: “It is basically a thread-painting technique, using a photograph of the animal as a guide for shading and fur direction. I also showed our members a way of transferring an image onto fabric when one doesn’t have a light box, or wishes to stitch on black fabric. It involves cutting out a paper photo of the animal you wish to stitch, and tracing around the cutout. Then, cutting out large body parts (head, hip, tail), and placing those on the fabric on to trace. This results in a transferred pattern to stitch.” 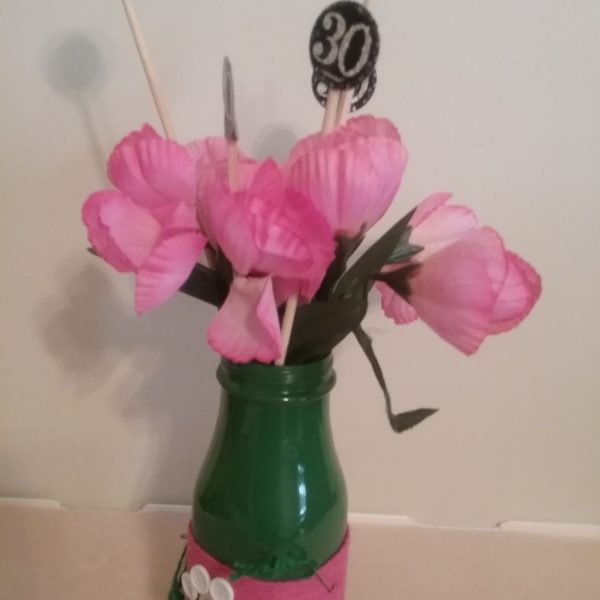 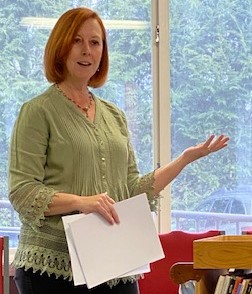 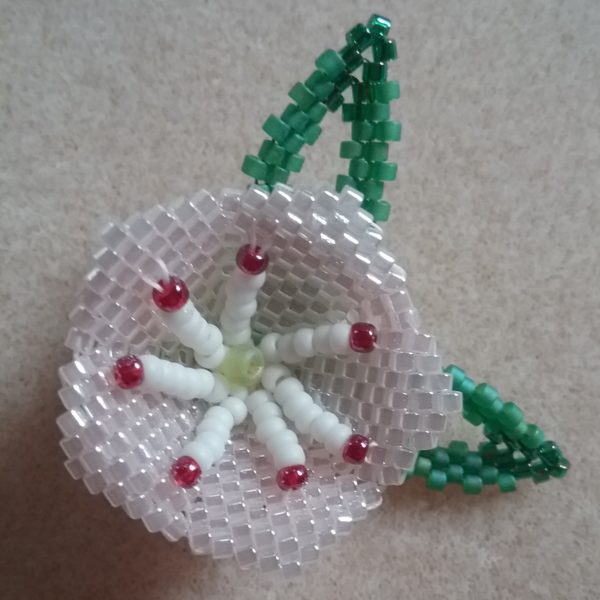 Oh, to be thirty again! The Laurel chapter celebrated its 30th birthday on March 5, 2020 in Hendersonville, NC.

The two-day celebration began with a workshop on Ukrainian embroidery, “Mini Grace” taught by Terri Bay, on Wednesday. The following day Terri presented a special lecture on whitework embroidery to the chapter. Whitework in many different forms was compared. There were beautiful samples and Terri shared here collection of out-of-print books on whitework.

The celebration continued with a quiche and salad luncheon followed by the cutting of a special birthday cake. There were beaded mountain laurel blossom party favors for everyone in attendance. A birthday game where each participant chose a birthday gift followed. Unique decorations made with buttons, sewing needles and thread were on each table.
Two charter chapter members, Alice Johnson and Cathryn Harrell were in attendance. Everyone had a good time and learned something in the process. Click here to see more photos from the Laurel Chapter’s 30th Anniversary.