Due to the coronavirus pandemic, EGA headquarters staff will be working primarily from home. An online version of the exhibit is available on the link below. Enjoy! 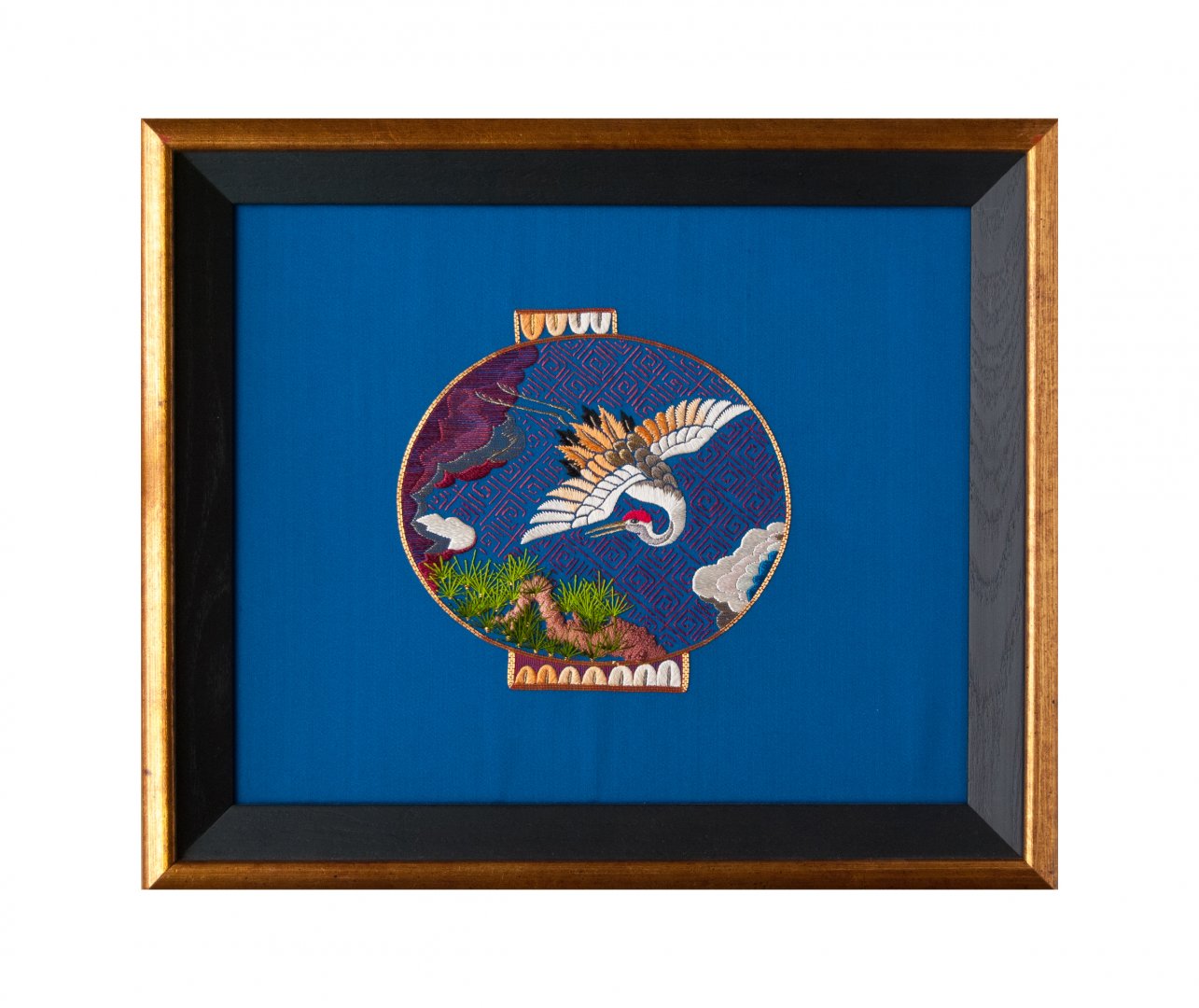 Check out our gallery of our Asian Fusion exhibition featuring embroideries from China, Japan, India, Bangladesh, Vietnam and more.

Due to the coronavirus pandemic, EGA headquarters staff will be working primarily from home. An online version of the exhibit is available here.

Eventually, Asian embroideries enchanted as well. By the thirteenth century, Asians had learned what people in western cultures valued and supplied clients with embroideries for export. In time, non-Asians would incorporate Asian motifs and designs in their own work. In the drive to find a sea route that would prove less arduous than the overland excursion, Europeans stumbled across the Americas. Indeed, the development of the Western Hemisphere is the direct result of world trade. It follows that the descendants of emigrants to the Americas would also become enamored of Asian textiles and embroideries.

During this present era of rapid and intensified global exchange, it seems fitting for EGA to mount an exhibition of Asian and Asian-inspired needlework. Embroideries from China, Japan, India, Bangladesh, and Vietnam will be featured alongside modern and contemporary works by embroiderers who appreciate and reinterpret or reproduce Asian elements. The exhibition will feature embroideries housed in the EGA collection and loaned by private collectors. – Cheryl Christian, Needle Arts Editor